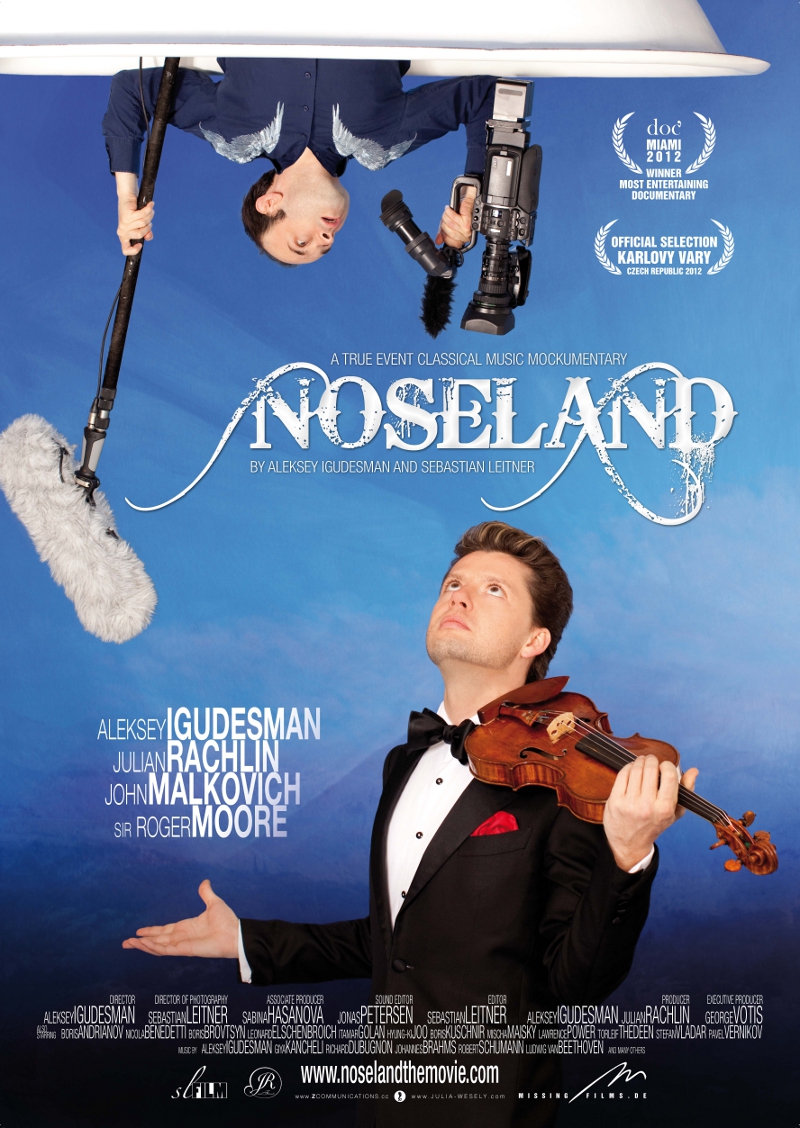 His oldest friend, the violinist, composer and “wanna-be” filmmaker Aleksey Igudesman offers to make a documentary film that will take an “inside look“ at this “fairytale” festival but things seem to go wrong pretty much from the start. Finding himself in the role of a somewhat oblivious producer, Rachlin watches the documentary fall apart in front of his eyes, as Igudesman manages to offend every one of the artists he interviews.
By the time John Malkovich starts ranting about how much Rachlin “sucks” and all classical musicians are depicted as “gay”, Rachlin realizes that this is not quite what he expected.

A mix between being boldly sincere and outright ridiculous, questions like; “What does a conductor actually do?“ and “Why does anyone come to a music festival in the first place?“ fail to be answered in the most eloquent way. The extraordinary classical music, performed by some of today’s greatest musicians, mingled with hilarious moments of film making failure evoke utter bewilderment in Rachlin.

In the end, Aleksey Igudesman makes Sir Roger Moore cry on camera and Julian Rachlin fear for his future; not only as a classical soloist...

“This irreverent mockumentary, poking fun at music festivals and their star- studded casts, should easily appeal to music lovers everywhere, as long as they do not mind taking their favorite pastime with a pinch of salt and some pepper too.”
Dan Fainaru (Screen Daily)

is known as a violinist, but has also established himself as a composer, conductor, actor and film maker. He was born in St. Petersburg, Russia and at the age of 12 he was accepted to the prestigious Yehudi Menuhin School in England. He then studied violin with Boris Kuschnir at the Vienna Conservatory. Igudesman’s music is published by UNIVERSAL EDITION.
His compositions have been performed world wide by soloists, ensembles and orchestras, often with him as a solo violinist and conductor. He has often performed his violin duets in the project “Violins of the World“, in which his poems are recited by Sir Roger Moore. Igudesman has written for and performed as a soloist on several movie soundtracks and worked closely with Academy Award© winning film composer Hans Zimmer on numerous movies such as “Sherlock Holmes“, which was nominated for the Oscar for the best original score. He has co-written the soundtrack for “Jealous of the Birds“ together with Hans Zimmer, which won the Grand Prize for the best original score in the Rhode Island International Film Festival. New collaborations with Zimmer are in the works.

Together with the pianist Hyung-ki Joo, he appears as IGUDESMAN & JOO. Their show “A Little Nightmare Music“ has received much acclaim by critics and audiences and been watched on YouTube over 28 million times. They often perform with Gidon Kremer, Julian Rachlin, Janine Jansen, Viktoria Mullova, Emanuel Ax, John Malkovich among others. IGUDESMAN & JOO appeared in front of half a million people, alongside rock legends such as Simple Minds, Kim Wilde, Sinead O’Connor, Tears for Fears and Robin Gibb from the BeeGees.

I have always enjoyed movies the most that are not about anything. Or, to rephrase it, that are about nothing. Subtle difference, but very important. Since I am a musician and I write music, this is not a question I, or anyone else for that matter, would ever ask. What is this piece of music about? People tend to accept that most music is some form of more or less abstract art to be enjoyed for the mere beauty of it. Although most movies have the pretense of being about something, the real strength in a good film or any work of art is its shape, its form, the feel of it, the sound of it and the emotions it takes you through. The combination of all these aspects makes any work of art what it really is, in essence. The actual "meaning" is and must always be secondary, I believe.

The honesty is hidden within the context of humor, but the fact is that a lot of the things said by the great musicians in this movie are the truth. Last but not least, there is the theme of criticism in general. Beauty is in the eye of the beholder and what is the most incredible performance for one person is an unbearable interpretation for the other. "The Music Critic", a project I developed for the Julian Rachlin and Friends Festival with John Malkovich in the main role, is featured in the documentary, but criticism of all sorts and the role of critics are touched upon in other parts of the movie as well.

One thing I've always been highly allergic to is actors playing musicians on screen. We don't believe you, even if you learn the violin for half a year and practice many hours a day. A musician is so particular in his movements on the instrument and his or her behavior on and off stage that it is practically impossible for an actor to emulate, short of actually becoming a musician. My dream is to make fictional movies about musicians, where the main roles are played by great musicians themselves.

The incredible music, ranging from some of the greatest chamber music ever written, such as the Schubert String Quintet and Brahms Sextet, was all performed, filmed and recorded at the Julian Rachlin and Friends Festival. The great thing is that the performances became the soundtrack of the movie. And to capture the magic of these powerful interpretations was essential to me.

In fact, the humor and all of the interviews are mostly edited to the music and not the other way round, as is mostly the case. Clearly I saw this documentary more like a large piece of extremely eclectic music and therefore I approached it quite differently from a regular film maker. 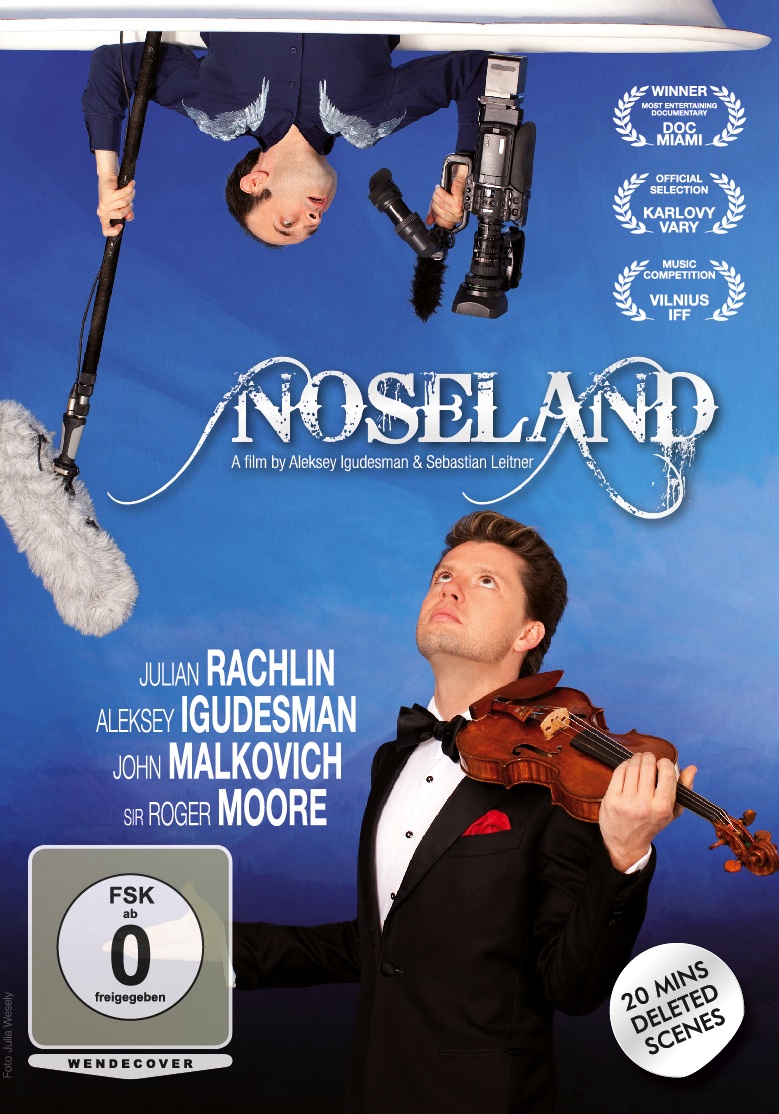